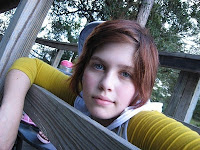 In the weeks following the 2008 death of Marisa Joy Williams, her friends and family gathered to launch “Project Joy Boots” to raise money to establish a perpetual scholarship in her name at her alma mater.

Marisa graduated with a degree in technical theater from Gulf Coast Community College in December 2007. She moved to Orlando to continue her studies, and died in a single car accident on Interstate 75 on Feb. 23, 2008 while driving to help someone stranded by a broken-down car. She was 18.

It takes $15,000 to endow a scholarship, and the project had raised nearly $14,200 when Marisa’s mother, Donna, got a call to meet with the college’s Foundation folks recently. She said she was scared the down economy had forced the organization to set its scholarship limits higher.

“I must admit my first thought was, ‘Oh no, the cost of endowment has gone up and we are so close!’” she said in a posting to the Project Joy Boots Facebook.

She rounded up one of the project founders, GCCC student Katie Vickmark, and they met with Duncan McClane at Gulf Coast. He explained that — rather than requiring more money — the Foundation Board had honored their hard work by donating the last $837 needed to meet the endowment goal.

“Duncan told us that this almost never happens, but they were impressed by our faithfulness and determination,” Donna said. “It seems very few people or organizations that start out a scholarship ever see it through to endowment.” 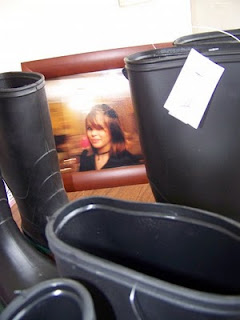 In fact, college administrators and supporters had seen the Joy Boots crew every time GCCC opened its theater doors. The college’s Performing Arts department consistently invited the project to sell its wares and concessions in the lobby on show nights, as well as during Shakespeare by the Bay productions at the college and in local parks.

The Joy Boots crew already had a raffle in progress, and last Friday gave away dozens of painted boots, keychains, buttons, bracelets and donated artwork to ticket-buyers, raising additional funds. “If we put it all in the scholarship fund, it will start earning more interest quicker, which will allow for more money to be given out for the scholarship,” Donna said.

In the fall of 2011, the first Marisa Joy Williams Memorial Scholarship will be awarded to a deserving technical theater student at GCCC. Donna thanked everyone who helped in any way — painting boots and pins, working booths, getting the word out, taking up donations, or praying.

“We could not have done it this quickly without you,” she said. “I know beyond a shadow of a doubt that Marisa is smiling down on us from heaven and is so very proud of all our effort on her behalf.”

---
This was my Sunday "Undercurrents" column for The News Herald.
Posted by Unknown at 6:03 PM

Thank you for everything you did to help us succeed! I know that I could not have made it through the last 32 months without you, Debra and the kids. You truly have been the wind beneath my wings!