PANAMA CITY — Most of Lisa Wingate’s novels develop as she discovers an untold story that piques her imagination. Her new novel, “The Sea Keeper’s Daughters,” began with a tale related by a reader.

“A woman was traveling with her father, driving through the mountains of Appalachia, and she saw these doorways in the sides of the mountains,” Lisa said. “He told her that, during the Depression when families would lose their farms, they would move into the caves and scrap the house for doors and other things to outfit the caves.”

Intrigued, Lisa started looking for documentation about the anecdote, but she found something else instead: The Federal Writers Project, an all but forgotten Depression-era program in which some 5,600 people produced 300,000 documents — millions of pages of poetry, essays, novels and journalism. 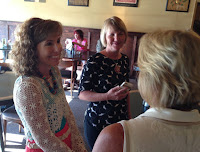 Created in 1935 as part of the U.S. Work Progress Administration, the project provided employment for historians, teachers, writers, librarians and other white-collar workers. The original purpose was to produce a series of sectional guide books focusing on the nation’s scenic, historical, cultural and economic resources.

However, most of it was filed away in vaults during the Red Scare, and stayed there for 80 years. Recently, the Library of Congress began putting the documents online. (Link to the documents here<<) 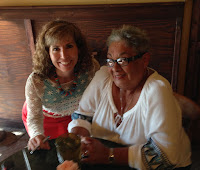 “There’s an unpublished play by Zora Neale Hurston, slave narratives — I could read them all day,” Lisa said. “I’ve been to school, you know, been in the business a long time — this is my 25th novel — and I had never heard of it. It’s sort of sad. ... It’s amazing to me all of this exists and no one knows about it.”

According to her online bio at LisaWingate.com, Lisa was inspired to become a writer by a first-grade teacher who said she expected to see Lisa’s name in a magazine one day. She also entertained childhood dreams of being an Olympic gymnast and winning the National Finals Rodeo “but was stalled by a mental block against backflips on the balance beam and by parents who stubbornly refused to finance a rodeo career.” 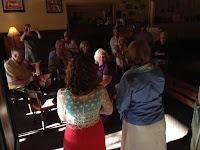 A born storyteller, Lisa equated the hidden stories of Depression-era America to the untold tales of families. It’s an important link to her, as her first novel was inspired by life stories her grandmother told. The tales changed her opinion of her grandmother, who she had regarded as a hard-edged woman.

“Sometimes there are things you don’t like about someone, but it’s because you don’t understand where they’re coming from,” Lisa said. “Ordinary stories can teach you, inform your life.”

That first mainstream novel, “Tending Roses,” is still in print after 15 years, and Lisa still hears from readers who were inspired by it. Most of them tell her they wish they had gotten their grandparents to open up and tell their stories. That’s why she shares “ice-breaking” techniques when she meets with readers, such as her visits this week to the St. Andrews Coffee House & Bistro on Tuesday and the Blountstown Library on Wednesday.

(You can also find a great list of story catalysts and interview techniques at her website under the heading “Storytelling forFamilies.”)

“People get intimidated. There needs to be a catalyst to get the stories flowing,” she said. “I worry sometimes where the next storytellers will come from.”

Probably, they will be inspired by storytellers like her.