Wish I had known her better 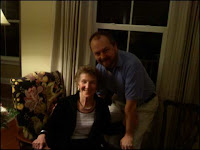 I first met Barbara Clemons in the downstairs lobby of the Visual Arts Center in early 1994. I was by that time the paper’s Education reporter, and she was at the museum mentoring a group of children in the After School Assistance Program. ASAP was formed to aid children living in the public housing developments around town, and it was a project close to Mrs. Clemons’ heart.

Barbara was warm, smiling, glad to be in that place with those kids. She was adamant that the community learn more about the program and support less fortunate children. I was a stranger to her, but she treated me like we’d known each other for years.

Her accent and regal bearing reminded me immediately of my grandmothers. I suspected that she, like them, brooked little nonsense when there was work to be done, but enjoyed laughing about it all later.

I meet a lot of people. Honestly, I meet so many that I have trouble remembering some of them. Likewise, most of them don’t remember me the second time we cross paths.

But not Barbara, who was always gracious and without fail asked about my family. She connected to people that way, as I have learned over the years. I remember one time being surprised that she already knew my daughter was in the same middle school with her son Scott’s daughter.

She knew me from these columns, particularly, and so she knew me much better than I knew her. But even without that pipeline of information, she was aware. Present.

I could always count on seeing her at the get-acquainted gathering for Books Alive authors and volunteers each year. She would draw me down on the couch beside her and have me fill her in on the latest from my family. It was at one such gathering that she introduced me to author Michael Morris, who has described similar talks with her. She joked (or possibly only half-joked) that she wanted to adopt him.

The more time I spent with her, the more that initial reporter’s impression proved accurate. She continued to remind me in many ways of my grandmothers — her backbone, love of family and especially children, good humor, concern for the less fortunate, and strong will.

And like them, Barbara is gone now, passing away after a long illness on Oct. 16 at the age of 80. But as long as children enter an ASAP building, or enjoy a show at the Civic Center, or attend an exhibit at the VAC, or meet authors in town for Books Alive — as long as her family and friends and complete strangers whose lives she influenced keep her in their hearts — her story goes on.

(The above is my column for Sunday's paper. Check it here Sunday morning.)
Posted by Unknown at 2:54 PM