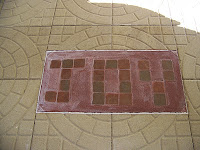 SPRINGFIELD — After the prayers of thanksgiving were offered and the blue ribbon surrounding the playground equipment was cut, the church courtyard filled with the sounds of happy children playing — swinging, climbing, sliding, laughing and shouting.

“She enjoyed being a kid, and so I’m hoping all of these children that came to the playground will get that joy and be able to spread it around,” said Marisa’s mother, Donna Williams, after she and husband Charles Williams cut the ribbon.

Marisa’s family attends Springfield Methodist, which raised about $15,000 and built the playground to create a space that honors her namesake joie de vivre. Many volunteers and church members committed time and money to the effort.

“When we did lose Marisa, Charles’ family wanted to do something to memorialize Marisa and wonderful heart that she had and the wonderful love that she had,” said Kevin Oakes, from the church. “And we took that on board as a church, and we considered and we prayed, and we said, ‘What would be appropriate for that?’”

The playground is the latest in a series of memorial expressions of love for Marisa that are having a positive impact on the community. Earlier this year, an endowed scholarship was established at GCCC by family and friends who began making art via “Project Joy Boots” and holding auctions and sales in the months following Marisa’s death. The scholarship will go toward the fees of technical theater students each term.

Meanwhile, in a covered space beside the play area, the church will install a brass plaque with Marisa’s photo engraved on it. The marker reads: “Joy Playground — This playground is dedicated to the loving memory of Marisa Joy Williams. May those who play here be blessed with the same joy that filled her heart.”

This was my Undercurrents column for Dec. 12.