This is without a doubt one of my favorite events of the year. Books Alive brings dozens of writers/creative thinkers to Panama City each year and lets readers and aspiring authors pick their brains and be lifted by their inspiration.

I have been privileged for several years to be invited to participate as a moderator, introducing one author or another. I got to meet John Dufresne this way, and Tiger Edmonds, and got to know Janis Owens better, and made some weird connection with Michael Morris. That first time we met while he talking on the veranda with Barbara Clemons last year, we actually seemed to be on the same wavelength, and really hit it off. He pretended we were cousins this year when Kathie Bennett was introducing me to other authors. 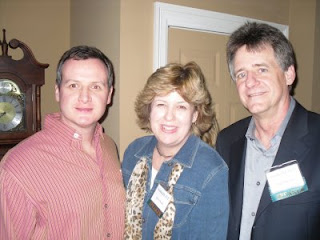 This time around, I had a moment to rub elbows (literally) with Jeff Shaara, author of Gods and Generals, shake hands with Ron Rash, author of Serena, and bump into (again, literally) Michael Curtis, fiction editor for the Atlantic Monthly. I also spent time catching up with Carol and Lee Lapensohn, Becky Saunders, Bettina Mead, Janice Lucas, John Robert Middlemas, Sandra Pierce, George Vickery, Ann Houpt, Ann Robbins, Wayne Garrett, Chris Arrant (who sold his last copy of Comic Book Tattoo to Janis Owens for her daughter), and so many more. 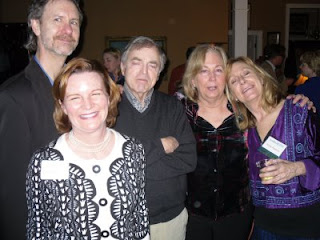 (Last year, Janis purchased a copy of Welcome to the Dawning of a New Century, and she was so tickled by the back cover, which featured an image of a 1980s-era parade with someone wearing a Piggly Wiggly mascot costume in a convertible, which she said described her image of her smalltown childhood.)

It was so nice to see folks I only get to see at these events, and it was awfully gratifying to talk to people who read my columns or have bought and (claim to have) enjoyed my books or stories, and who want to just stand there and get to know me a little. Books Alive is inspirational to me that way, because it validates my obsession, and because it reminds me there are regular folks who are making a modest living doing what I dream of doing.

Today's Pick(s): Here's the latest from the folks listed above. I can't pick just one.


REMINDER: If you aren't going to the blog, you aren't seeing the picks and links. Check it out.
Posted by Unknown at 10:23 PM